As expected, businesses close in January, as do the cold, dark days.

This month is no exception, one of my least favorite interviews.

But conversation is important. Tami When I heard that her Lien was closing her stride lights after her 35 years in Sioux Falls, I knew she deserved recognition, and that as a business her community, she opened the door. I knew I needed to know why it closed.

“That’s all,” she told me in an emotional and frank conversation.

“I love my job and can’t walk away, so I can’t stay buried in debt.”

By “everything,” she really means everything. Then her chain of supplies got disrupted and she had to wait over 10 months for the shoes to arrive.

Not surprisingly, she faces the same staffing issues and increased overheads as anyone else.

But she’s also finding it increasingly difficult to compete with low-cost e-commerce options and customers who browse stores just to buy online.

“Honestly, this is no joke,” she said. “They take advantage of us … and then spend time myself or my staff trying on all kinds of shoes and walk away saying they bought shoes online. I can’t imagine it, but that’s the world we live in now.” 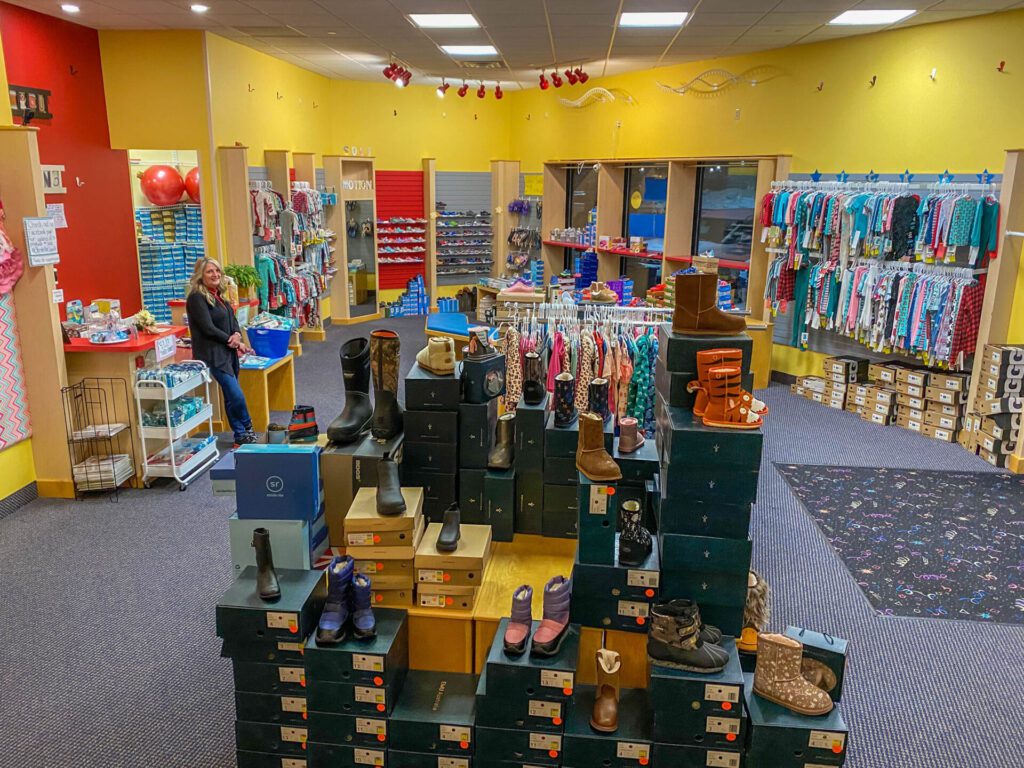 It was a similarly sad conversation with Wendy Haugen closing the Kids & Kaboodle Consignment Shop after more than 30 years.

“We were counting the cows until they got home, but it wasn’t feasible,” she told me.

The beginning of 2023 certainly seems to indicate that many of us are under pressure.

Last week’s news that the city’s bid for the city’s planned Unity Bridge Downtown exceeded its budget was no surprise. I have spoken to many people in the public and private sectors who are experiencing similar increases.

Someone commented the other day about spending over $20 on a burger at the Downtown Burger Battle. Given some of the ingredients involved, I wasn’t shocked.

And people will pay for it. Sometimes. Because the project is important, they accept higher bids. They’ll suck it up and pay more for airline tickets, snow blowers, or adult beverages.

But eventually it tends to stop saying yes.

One of the most memorable conversations I had recently was with Casey Brown, a pricing strategy expert. This is something we rarely talk about in business and is far from science.

But pricing your products and services correctly is critical, and continually evaluating your pricing approach is a must. I spoke with Brown to promote her upcoming appearance in Sioux Falls at the annual meeting of the Prairie Family Business Association.

I told her that given the various rising external costs, I understand that companies are being forced to raise prices to maintain margins. Is it possible?

She said it’s not only possible, it’s happening.

“Most of the best-in-class or better companies are very aggressive in both timing, speed and amount of demand given, so rather than keeping margins neutral, they are actually earning margins right now. Inflationary pressure,” Brown told me.

“The most squeezed businesses are afraid to jeopardize their relationships with their customers. You’re paying for: you’ll be left behind.You want more, you want it faster, you get bigger.”

have understood. As a business owner, it makes sense. And I think the opportunistic prices are going up across the business.

But the counter-argument to that is what happens when inflation plunges into a recession, continued Brown.

“What do we do when the market starts to soften and our customers are business owners who are holding onto cash, becoming more conservative, with continuously increasing costs? The market could shrink, so that’s where I would say this is a very surgical, strategic execution of a pricing strategy, product by product, customer by customer, service by service, without losing market share. Keep profit margins neutral: If we didn’t ask so many “What’s it going to cost?” “When can I get it?” etc.

But it’s becoming a question, “How much does it cost?”

How much does it cost to expand your business? to do a project? How to hire extra people? to go out to eat? to buy a new car?

How much will it cost to stay in business?

Too tight and the pain becomes real. It’s a natural part of the economic cycle, but it feels like we’re getting a little closer.

The photo used to illustrate this column is called “Icy Climb” courtesy of Paul Schiller.

Both the image and the title seem to match the times.

Fittingly, after writing most of this column, I spoke with Reggie Kuipers, president of Bender Commercial Real Estate Services, and he used the same descriptors.

“This year is the year of transition,” he said. “We’ve been saying that for 2021 and 2022, but now they’re under pressure. When earnings are under pressure, management makes difficult decisions.”

And it’s not just executives. It’s city officials, small business owners, and leaders at all levels. The big squeeze of 2023 may be just the beginning.

Jody’s Journal: Beyond the Frozen Road